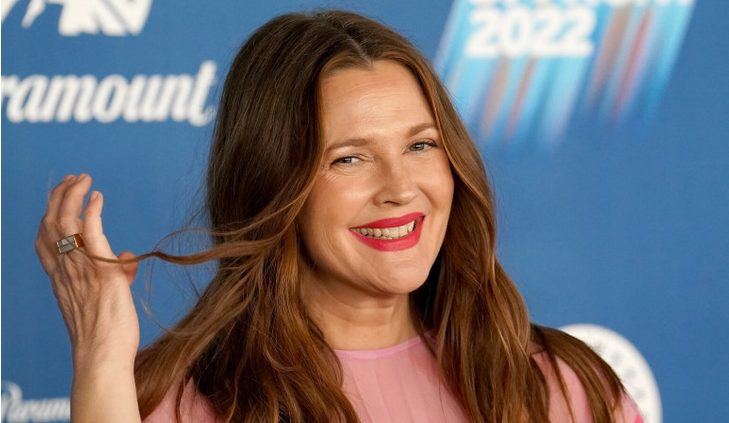 Drew vowed never to marry. However, this did not stop her from finding her happiness in motherhood

Child actress, Charlie’s Angel, star of numerous romcoms, single mom, TV presenter, and owner of one of the most extraordinary Instagram accounts in Hollywood—Drew Barrymore is all that. Following her divorce, Drew decided to hold off on a new relationship, and after 6 years of being single, she spoke candidly about how hard it can be to build romantic relationships when you have kids.

Here at CHEERY, we took a trip down memory lane, looking at the actress’s personal life and what she went through to finally find, and accept her true self. Truthfully, it was a thorny road, but not without its roses.

Drew began her acting career at a very young age. She’s been in the spotlight since childhood, and her relationships didn’t go unnoticed. In 1989, 14-year-old Barrymore had a relationship with the 80s icon Corey Feldman. They dated for just a couple of months, after appearing on an episode of CBS Schoolbreak Special.

In his memoir, Feldman revealed that his first date with Barrymore was actually much earlier, when he was 14 and Drew was 10. The two young actors were then brought together by Barrymore’s mother, who also worked as her daughter’s manager.

The Charlie’s Angels star was also rumored to have dated the Oscar-winning actor Christian Bale. And in 1991, Drew began a relationship with David Arquette. The couple broke up after just a few months but remained good friends. David and Drew later played brother and sister in Never Been Kissed, and met on the set of the horror film Scream.

Officially, the actress has been married three times. Her first marriage was with Jeremy Thomas in 1994, when Drew was just 19 years old. The couple filed for divorce after only two months. In 1999, Barrymore began dating the Canadian comedian Tom Green, who co-starred with her in Charlie’s Angels. They tied the knot in July 2001 and filed for divorce six months later.

Things didn’t get serious enough for marriage with fellow actor Justin Long, but the couple managed to star together in two romcoms: He’s Just Not That Into You and Going the Distance. And after the break-up, good old Barrymore tradition dictated that the former lovers would stay on friendly terms.

In January 2012, Drew got engaged to Will Kopelman, the son of former Chanel CEO. They had their wedding just five months later. During their marriage, the couple had daughters Olive and Frankie. However, in April 2016, they decided to separate.

Her status as a free woman
Drew admitted that the divorce was her worst nightmare: “I so wanted to raise kids in this ultra-traditional way and do everything so the polar opposite of my experience. The road is different than what you tried to make it or what you expected and you just figure it out and figure it out with grace.”

The year following the dissolution of her marriage brought Barrymore many tears, but after much reflection, the actress chose not to fight, but instead, to give love and gratitude for everything that happens in her life. So today, Drew and Will, former spouses and true friends, are also thriving as co-parents.

There’s no doubt that Drew has a truly open heart. Not only does the star have a warm relationship with her ex-husband but she’s also friends with his new wife, Alexandra Michler. The three of them took the children trick-or-treating on Halloween. Barrymore also wasn’t shy about calling Alexandra “beautiful, and a wonderful stepmother to her children”.

In creativity and in work, Barrymore is really thriving. The actress seems to have found her dream role as a TV presenter. On the daytime talk show, she is nothing but herself, interviewing celebrity guests, and the audiences love it. Barrymore launched her own show on CBS in 2020, and it has since been renewed for a third season.
On the personal front, however, the weather hasn’t cleared up. Speaking to Howard Stern, Barrymore admitted that it’s not easy to find love at the moment. The actress never got into a serious relationship after breaking up with the father of her children, but that doesn’t mean she hasn’t tried.

Drew says it took her a few years to get used to the idea of a romantic “rebirth”. But the star now actively uses dating apps: “I’m glad I’m able to have some fun again. I think I’m at the best place I’ve ever been and it took me a long time to get here. Life is messy, man, and I’m finally, like, really proud of who I am.”

Drew is more than happy to accept invitations to weddings (for example, she attended Britney Spears’ high-profile ceremony), but doesn’t want to get married herself. In an interview with CBS, she spoke very emotionally about her online dating experience. The actress got so candid, that she couldn’t hold back her tears.

Barrymore admitted that she doesn’t know how to have a personal life when you have children: “I’m not there yet. I have two young girls, I don’t want to bring people home. It would take me a very long time to meet someone and get to know them before I could even ever introduce them to my daughters. I would maybe live with someone again, but I’ve had kids, and there’s no way. I will never, ever, ever, ever get married.”

Drew talks honestly and openly about her experience with relationships and parenthood. This vivacious and successful young woman reminds us that, though love is not easy to find in today’s world, the road itself makes our experience worthwhile.

Clearly, Barrymore has many talents. And her sense of humor isn’t lacking, either. Just look at her response to Leonardo DiCaprio’s post about global warming: “You should be the only hot one and not our planet!” The Oscar-winning actor may have ignored her comment, but we know for a fact that Drew Barrymore is our girl.

Children are happiness
Family comes first for Drew. Though she doesn’t flaunt her beloved daughters, she doesn’t hide them from her Charlie’s Angels co-stars, Cameron Diaz and Lucy Liu. The actresses became friends on the set, and maintain a good relationship to this day. They all have children of different ages and are happy to send each other family photos.

In a special edition of her show on International Women’s Day, Drew called her daughters her biggest source of inspiration and couldn’t hold back her tears. She has a close and warm relationship with them, but she has no intentions of using them as part of her brand. “I started working when I was in diapers. At 13, it was that sad sob story. I have these two girls who are my entire universe. My life with my children, my feelings, that’s all on the table—but Olive and Frankie themselves are not.”

As well as her work, personal life, and motherhood, Drew enjoys the simple pleasures of life. For example, a recent viral video shows the actress enjoying the rain. Many bloggers have done covers of the video, or shared it on their feeds, noting how they wish they could appreciate and love life the way she does. Barrymore looks at this world with optimism, and it’s so contagious!

What was the longest break you’ve had between relationships? And what, do you think, are some effective ways to balance parenting with your love life?