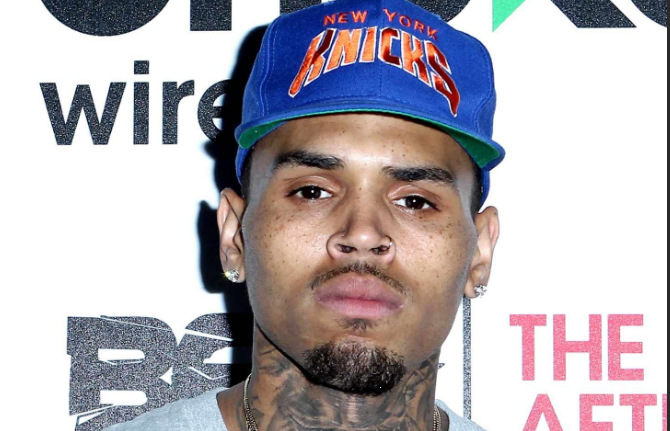 A photo of Chris with his little daughter was leaked to the Internet. Fans cheer

Singer Chris Brown spent some quality time cuddling with his newborn daughter, Lovely, on Oct. 31, following partying in a bank robber costume the night before.

Chris Brown, 33, shared an adorable photo of him snuggling with his daughter, Lovely, 11 months, to his Instagram Story on Monday. In the rare snapshot, the “No Guidance” singer seemed to be napping on a sofa while his baby girl drank milk from her baby bottle. The image was also taken from an aerial view giving followers a look at Chris’ cozy outfit that featured grey shorts, a brown hoodie, and crew socks with white sneakers. Lovely, on the other hand, was dressed in a white and black striped long-sleeve, black shorts, and striped baby socks. So cute! 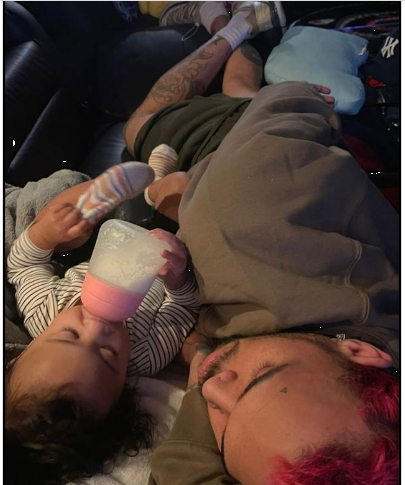 Earlier that day the proud dad-of-three shared a photo of his eldest daughter, Royalty Brown, 8, dressed in her iconic Beyonce Halloween costume. “OK… SHE WON,” he captioned the side-by-side photo of Royalty and the “Hold Up” songstress in a shimmery green dress. But that wasn’t the only outfit that the eight-year-old wore to channel her inner Beyonce! She also rocked the 41-year-old’s 2018 Coachella yellow-hoodie outfit. “Had so much fun! #HappyHalloween! Me as BEYONCÉ!”, Royalty captioned the photo on her Instagram.

The Grammy-winner also got into the Halloween spirit himself on Oct. 30 when he attended Alessandra Ambrosio, 41, and Darren Dzienciol’s star-filled Halloween bash. Chris and his friends showed up to the lavish event wearing bank robber costumes inspired by Ben Affleck‘s character in the 2010 movie The Town. The 33-year-old rocked a pair of black utility jeans, a bullet proof vest, and nun mask while carrying a prop gun. Chris shared a video of himself on the red carpet with his pals and captioned the post, “GANG.” In addition, he took a photo with the Victoria’s Secret model and captioned it, “CARN-EVIL.”

Three weeks ago Chris also shared a sweet photo with his two daughters to Instagram. He captioned the Oct. 12 photo, “Mis niñas,” in which he was captured holding Lovely and jokingly choking Royalty while she smiled. Many of his 123 million followers took to the comments section to react to how adorable the Brown family looked. “cutest daddy ever,” one user wrote, while another added, “Beautiful family man I love y’all.” Prior to that, the recording artist did not post any content of his babies since Aug. 29 when he shared a video of himself walking into his concert carrying baby Lovely.

Chris has three children, as mentioned above, with Lovely’s birth being the most recent on Jan. 7. Chris welcomed his second daughter with Diamond Brown, who announced the birth via Instagram on Jan. 8. Royalty was born on May 27, 2014, and Chris welcomed her with Nia Guzman, 39. Finally, his only son, Aeko Catori, 2, was born on Nov. 20, 2019, to Chris and Instagram model Ammika Harris.