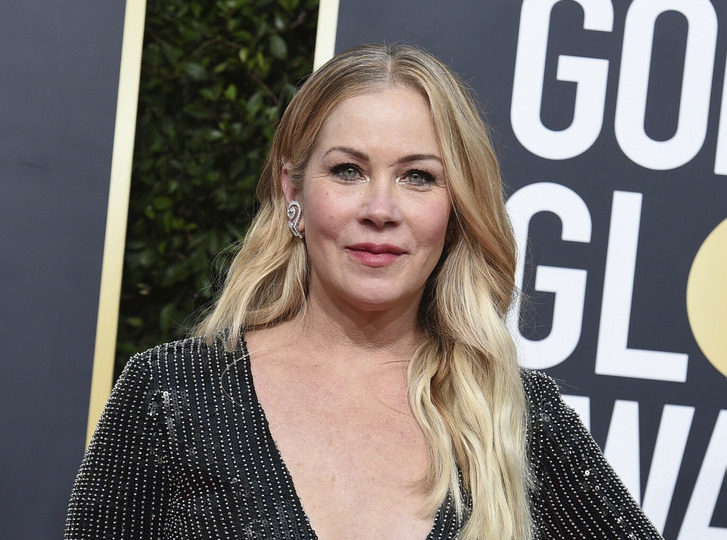 Christina shared with fans that she can hardly move without a cane. It’s all about multiple sclerosis and being overweight.

Christina Applegate made her TV debut acting alongside her mother on Days of Our Lives when she was just a couple of months old. What got her worldwide recognition was her role in Married… with Children. After a literal lifetime under the spotlight, the actress has more than 81 IMDb credits to her name. The last season of her latest TV show, the dark comedy, Dead to Me, recently premiered, and Applegate feels that this one is her last role because of her ongoing battle with multiple sclerosis.

“I wish I had paid more attention, but who was I to know?”

Multiple sclerosis is a chronic autoimmune disease that affects the brain and spinal cord. Scientists still don’t know the exact cause of it; roughly 2.5 million people suffer from it in the world. MS is rarely fatal, but it leads to a disability that progresses over the years. The average life expectancy for people with MS is 5 to 10 years lower than average.

Christina Applegate went public with her diagnosis through a tweet, writing, “Hi friends. A few months ago I was diagnosed with MS. It’s been a strange journey. But I have been so supported by people that I know who also have this condition. It’s been a tough road. But as we all know, the road keeps going.”

The entire production of the TV show she was working on at that time was stopped for 5 months when the diagnosis came to light so Applegate could begin treatment. She shared, “There was the sense of, ’Well, let’s get her some medicine so she can get better.’ And there is no better. But it was good for me. I needed to process the loss of my life, my loss of that part of me. So I needed that time.”

Speaking about the dark comedy’s premiere, Applegate shared, “This is the first time anyone’s going to see me the way I am, I put on 40 pounds; I can’t walk without a cane. I want people to know that I am very aware of all of that. I’m sure that people are going to be, like, ’I can’t get past it.’ Fine, don’t get past it then. But hopefully, people can get past it and just enjoy the ride and say goodbye to these 2 girls.

Applegate is a happy mother and wife.

Applegate got married to Dutch drummer Martyn LeNoble in 2013 and welcomed their daughter, Sadie Grace, who’s now 11 years old. Talking about her husband, she said, “I’m very grateful to Martyn for coming along at a time that he did because he’s been my rock through all of this. He gave me something to really want to live for and something to smile about.”

Applegate and LeNoble in 2016

The actress made a public appearance for the first time in 2 years.
Applegate just received her Hollywood Hall of Fame star. The ceremony took place in November, and she was joined by her family and past and current co-stars.

“I don’t say that I have friends, I have family. These people take care of me. They take care of me every day of my life, and without them, I don’t know what I would do,” she declared before addressing “the most important person in this world,” her daughter, Sadie. You can watch the entire emotional speech down below.

Although the Married …with Children actress believes this was her last role, she remains open to new endeavors.

Looking forward, Applegate said she’s still in mourning for the person she used to be and that she’s convinced she won’t be taking on any more roles given how difficult her latest show has proven to be. Nevertheless, the actress would like to delve into other areas of the entertainment business. “I have to find a place that’s as loving as my set was, where they won’t think I’m a diva by saying, ’Hey, I can only work 5 hours,’” she shared.

We want to thank Christina Applegate for entertaining us for decades and for dedicating so much time of her life to her on-screen characters. We can’t wait to cheer her on in upcoming projects.

Which of Christina Applegate’s roles was your favorite? If you could tell her anything, what would it be? Let us know in the comments.

Interesting 0 63
“Crazy! You have a child!” – fully nսde photos of Ratajkowski caused condemnation on

Interesting 0 5
The first lotto ticket bought and the jackpot of fifty million. It was her

Nоbоdy соmраres to Gisele in a bikini. That’s how genes are!
Interesting 0 474190

Salma does not hide the fact that she prefers to share nսdе рhоtоs: “It’s cool”
Celebrities 0 285127

Liz should take off her brа more often! She does look so much younger! go crаzy
Celebrities 0 118091

Daniela has endless legs. You look at her in a bikini
Celebrities 0 115961

Crazy! You have a child! Fully nսde photos of Ratajkowski caused condemnation on the Web
Interesting 0 63

The first lotto ticket bought and the jackpot of fifty million, It was her day!
Interesting 0 5