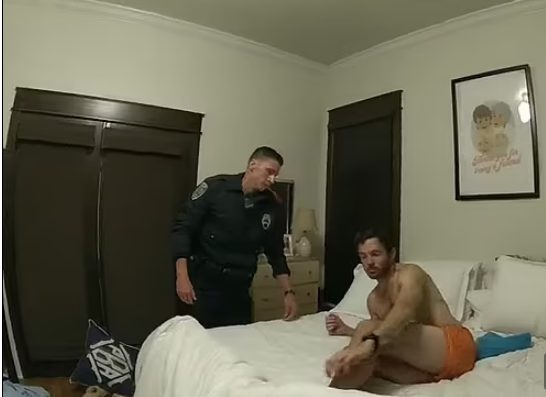 John R. Tyson – a great-grandson of Tyson Foods’ founder – was arrested November 6 in Fayetteville after a college-aged woman found him asleep in her bed at 2am and called the police.

The police footage released on Friday shows Tyson, who has publicly apologized for the incident, appearing disoriented and attempting to go back to sleep as police roust him from the stranger’s bed.

‘Mr. Tyson! John! Fayetteville Police Department, you’re not in your house,’ an officer can be heard shouting at the slumbering executive.

‘I need you to wake up and talk to me before I drag you out of here butt naked,’ the officer continues.
After rolling over and gesturing with his hand, Tyson, 32, is seen pulling the sheets snugly up to his chin and going back to sleep.

The cops issued a final warning, saying: ‘You have two options, either one, you sit up and put your clothes on, or two, you go to jail just like you are right now.’

When Tyson failed to comply, the officers pulled the sheets back, revealing the executive in his boxer underwear, and moved to cuff him.Tyson can be seen reaching for the sheets in a feeble attempt to go back to sleep before he was placed in handcuffs. ‘I’m going to sleep,’ he said.

Other than saying, ‘woah’ and ‘stop’ as the cuffs went on, Tyson made no further statements to the officers explaining his actions.

At one point as he was being led from the home, he did request: ‘Can I go pee real quick?’ Police denied the request. 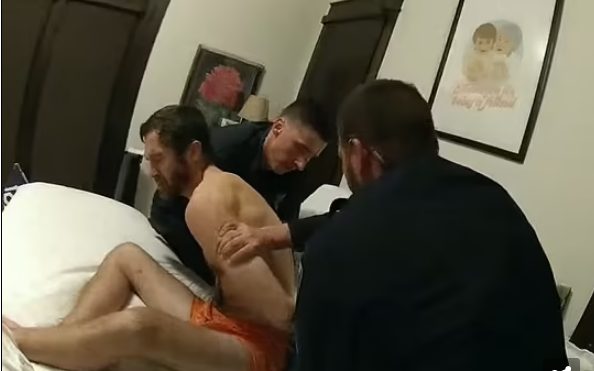 Earlier this week, Tyson apologized for the incident on a quarterly earnings call with investors.

‘I’m embarrassed and I want to let you know that I take full responsibility for my action,’ he said.

Tyson also apologized to colleagues in a public memo, saying that his behavior was ‘inconsistent with [his] personal values, the company’s values and the high expectations we hold for each other.’ 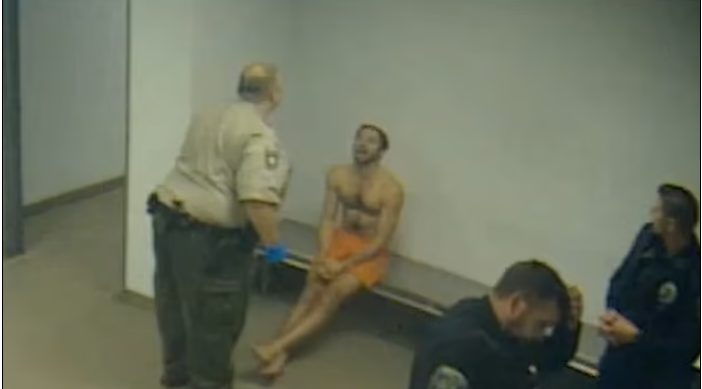 ‘I made a serious mistake and this has caused me to reflect deeply on the impact my actions can have on others,’ he said in the memo, which was provided to the Associated Press.

It is not clear how exactly Tyson ended up in the woman’s home but she told dispatchers at the time that she did not know him and may have left her front door open accidentally. 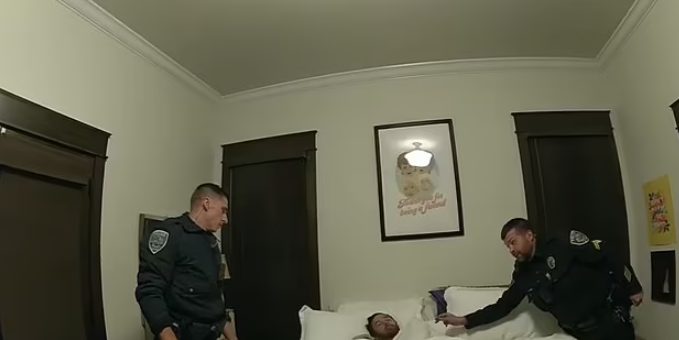 According to an incident report produced by the Fayetteville Police Department, officers received a call early on Sunday morning from a woman who had come home to find a man she didn’t know sleeping in her bed.

When officers arrived, they tried to wake Tyson but found he smelt of alcohol and was ‘sluggish and uncoordinated’. His clothes were on the floor.

Tyson was taken to Washington County jail and charged with public intoxication and criminal trespassing. He was released later the same day on a $415 bond and is scheduled to appear in court on December 1.

In addition to being the great-grandson of the company’s founder, Tyson is also the son of Tyson Foods Chairman John H. Tyson.

After working as an investment banker at J.P. Morgan, Tyson joined Tyson Foods in 2019 and led its sustainability and enterprise strategy teams.

On September 27, the company based in Springdale, Arkansas, promoted him to executive vice president and chief financial officer.

Tyson Foods has announced its own board members would oversee a review into the incident, though corporate governance experts are calling for an independent investigation.

Tyson Foods said a three-member governance committee on the board of directors will lead its review process.

‘Our independent board of directors are overseeing a thorough review of this matter, and I’m confident in this independent process,’ Chief Executive Donnie King said.

But experts urged Tyson Foods to hire an external firm because of John R. Tyson’s deep family connections to the company.

‘The board should send a strong signal that independence is important and publicly appoint an external adviser to conduct the review,’ said Paolo Volpin, a finance professor at Drexel University in Philadelphia.

‘It’s certainly not going to clear him, at least in the public’s mind, if it’s done simply by the board of Tyson Foods,’ Cochran said. ‘There’s too much potential for this to be seen as a conflict of interest.’

These spouses decided in a very original way to celebrate half a century of marriage. You will definitely like it too
Interesting 0 19