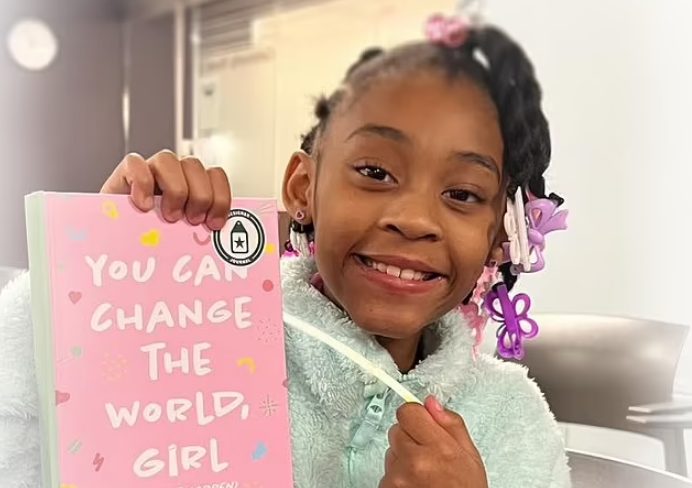 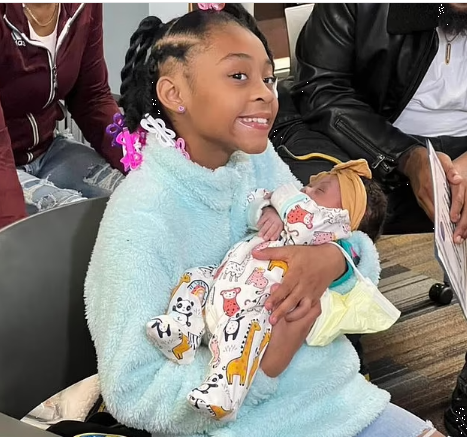 ‘Hi, I think my mom is in labor,’ she said at the start of the recorded call, which was played on the Today show Thursday as part of Hoda Kotb’s ‘Morning Boost’ segment.

Miracle unlocked the front door for the emergency responders and stayed on the phone with Stranghoener for nearly 11 minutes as she waited for the ambulance to arrive. 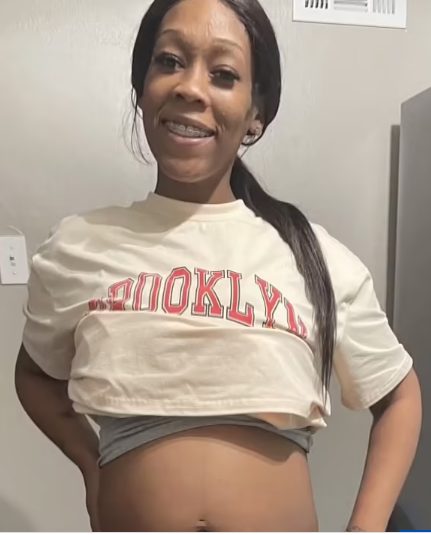 She calmly followed his instructions and explained to her mother that she needed to lie down on her back in the center of a bed or on the floor.

Stranghoener advised the little girl to grab towels or blankets and place them underneath her mom’s body because she was struggling to lie down.

Fair could be heard screaming in pain in the background while Miracle balanced comforting her and carrying out the dispatcher’s directions. 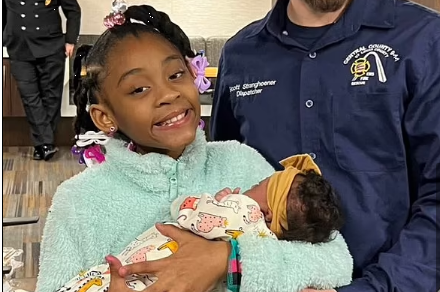 ‘She’s coming! she’s coming!’ she yelled, firmly insisting that her mother needed to lie down. ‘She’s here! She’s poking out.’

Miracle was initially taken aback when Stranghoener told her he would help her deliver the baby over the phone.

‘Huh?’ she asked, but she remained calm. 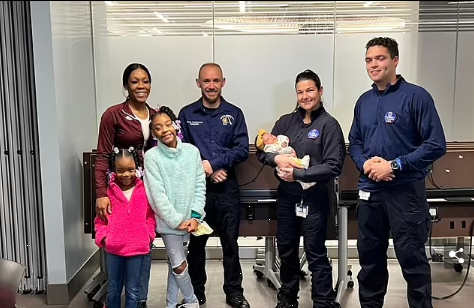 Stranghoener advised her to gently wipe off the newborn’s mouth and nose.

Miracle also made sure the umbilical cord was not wrapped around her baby sister’s neck before she wrapped her in a clean towel and covered her head per the dispatcher’s instructions. 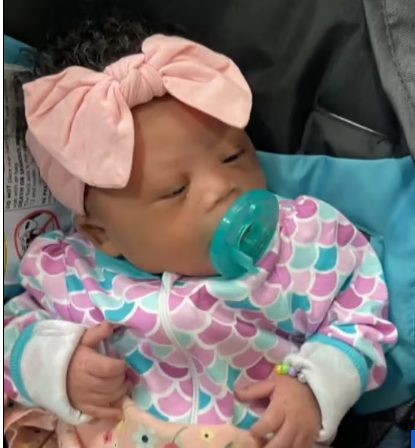 When the first responders arrived, she directed them to her mother’s room.

‘You did a very good job,’ Stranghoener told her.

Speaking to NBC news affiliate KSDK after the delivery, Stranghoener shared how impressed he was by Miracle.

‘I learned pretty quick that we had a serious situation,’ he explained. ‘We have a set of protocols that we follow, and she followed all of my instructions to a “T” and did an amazing job.’ 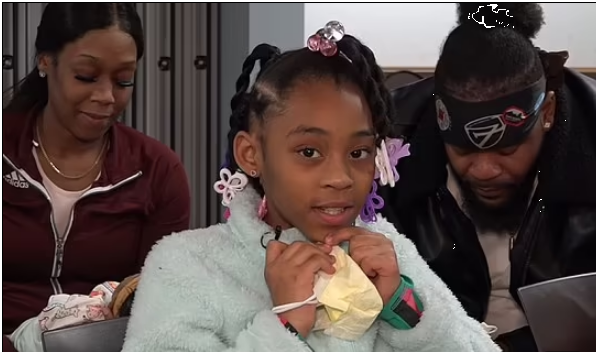 Fair, who named her baby girl Jayla, also opened up about how proud she is off her oldest daughter — a Miracle who helped deliver another miracle.

‘It was definitely a miracle because once I had the baby, she came out, I couldn’t really grab her and pick her up and then Miracle came and she wrapped her up in a towel,’ the mom recalled. ‘She wiped her off and rubbed her back a little bit so she could cry. So, she was really helpful. I am very thankful.’ 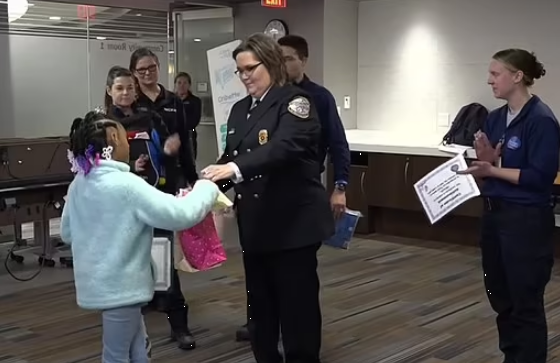 Miracle was given two awards for her actions that day, and she is already considering a future career in the medical field. But, for now, she is happy to just be a big sister to her younger siblings Taylor and Jayla.

‘She’s really cute. She doesn’t cry a lot, and I get to hold her a lot,’ she said of her newborn sister.

Interesting 0 76
Kaya showed off her toned figure in shorts. The girl went for a walk

These spouses decided in a very original way to celebrate half a century of marriage. You will definitely like it too
Interesting 0 18

Kaya showed off her toned figure in shorts. The girl went for a walk with a friend and a dog
Interesting 0 76