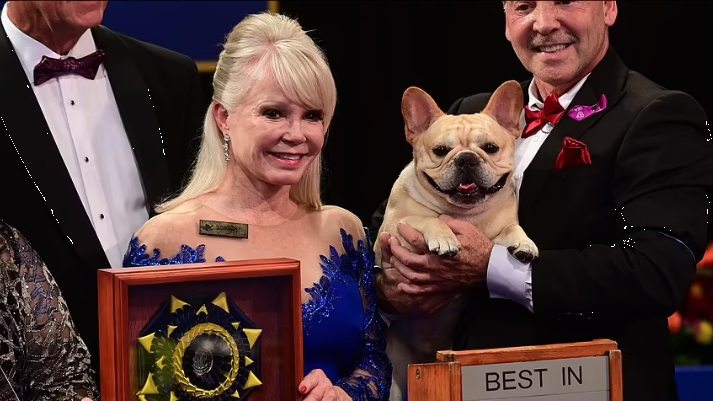 Winston, a cream-colored French bulldog, has claimed top honors at the 2022 National Dog Show, after unseating Claire the Scottish Deerhound who made history by winning the last two years of the annual event.

The National Dog Show said Winston is a ‘bouncy, crowd-pleasing French Bulldog’ and has previously won 78 Best in Shows throughout his career. 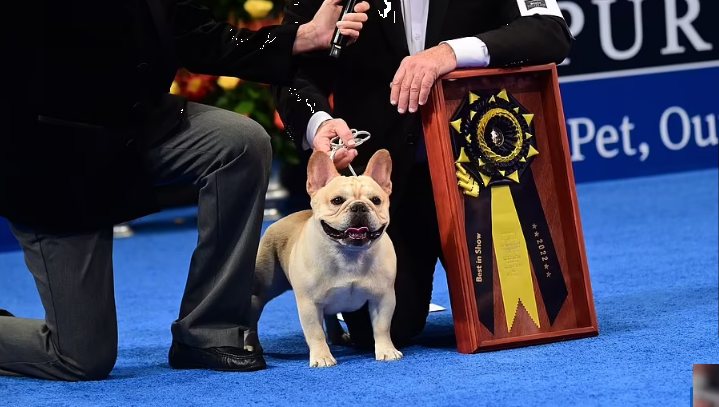 Perry Payson of Bixby, Oklahoma, guided Winston to the win as his handler in the coveted Philadelphia event.

Several breeds made their first National Dog Show appearance this year, first is the Bracco Italiano, who will be joining the Sporting Group, known to be reliable, adaptable and calm hunting dogs.

The second newcomer is the Mudi for the Herding Group, an agile and intelligent farm dog known for its loyal personality, love for canine sports, and ability to work with stubborn farm animals. 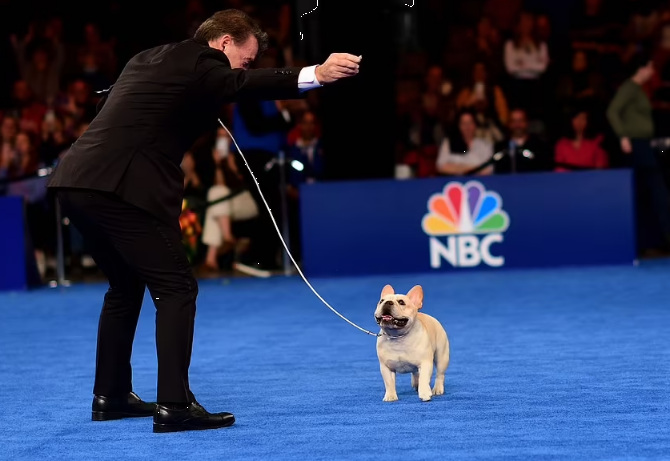 Finally, the Russian Toy, who joined the Toy Group and are beloved for their playful demeanor and desire for human companionship.

But none had the prowess of Winston who took home top honors in front of an audience of 20 million people who watched as they tucked into turkey and pumpkin pie.

‘He is a show dog with personality and beauty and a perfect fit for the breed,’ Vicki Seiler-Cushman, the 2022 National Dog Show’s Best in Show judge, said in a statement to People.

‘He has a razzle-dazzle that says, ‘I am here to win tonight.’ You can just tell that he can also go home and be the perfect pet.’ 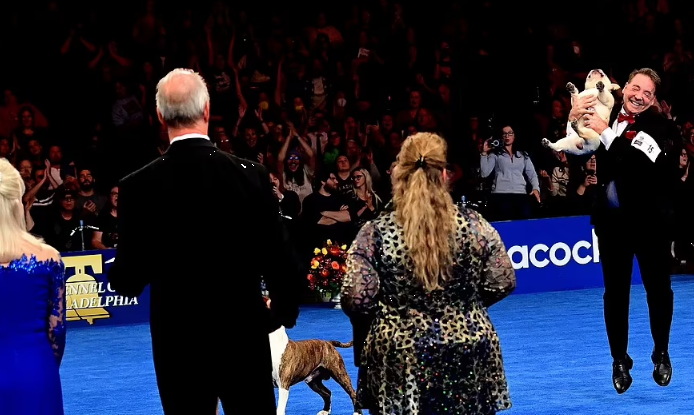 Winston is familiar with fame making this his 78th Best in Show title and ranked the number one all-breed canine in the U.S.

NFL Player Morgan Fox, a defensive end for the Los Angeles Chargers, is part of the ownership group that cares for Winston, having looked after him as a puppy.

One of the show’s announcers quipped that the small but muscular Winston ‘runs like a little linebacker.’

‘I get excited every time, and so does Winston,’ Payson said after Winston’s Best in Show win. 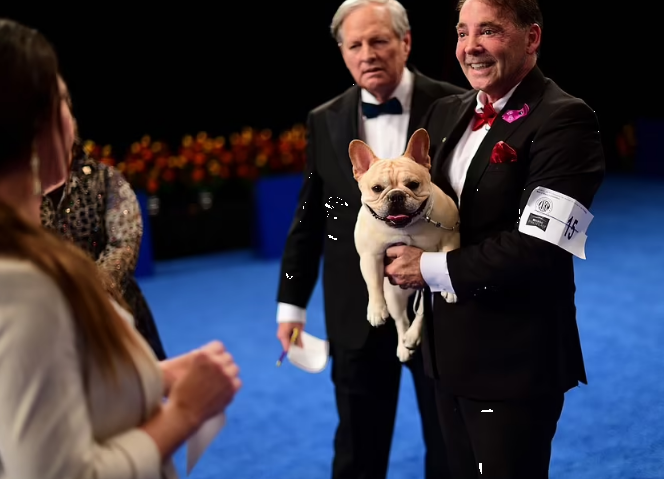 ‘The National Dog Show in Philadelphia, with the television exposure on Thanksgiving Day, is obviously special. We’ve had a lot of support, and that’s what happens with a dog of this quality.’

Before taking Best in Show, Winston won the 2022 National Dog Show’s Best in Group prize for the Non-Sporting Group.

Six other canines joined Winston in the dog show’s final round: Sloane the Irish Water Spaniel of the Sporting Group, Cooper the English Toy Spaniel from the Toy Group, Reus the Alaskan Malamute from the Working Group, Trouble the America Staffordshire Terrier from the Terrier Group, Nate the Treeing Walker Coonhound from the Hound Group, and River the German Shepherd from the Herding Group. 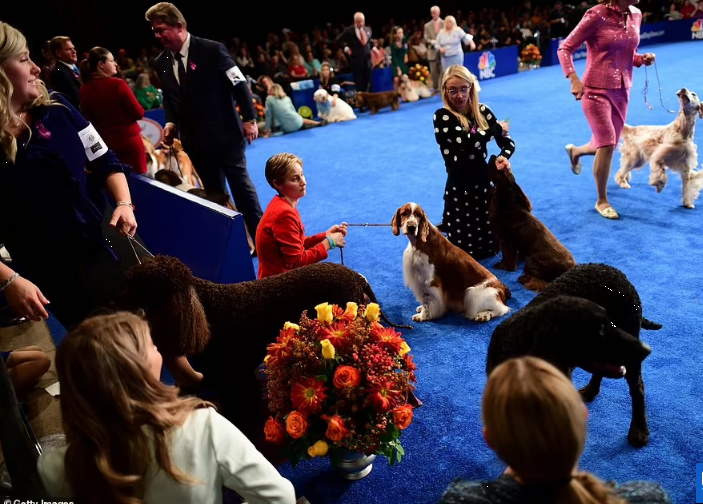 Winston dethroned Claire the Scottish Deerhound who made history in 2020 and 2021 by becoming the first to win two consecutive years in a row.

Claire has retired from competition following her 2021 win.

After the excitement of today’s event wound down, Winston was seen enjoying some celebratory treats served on a silver tray. 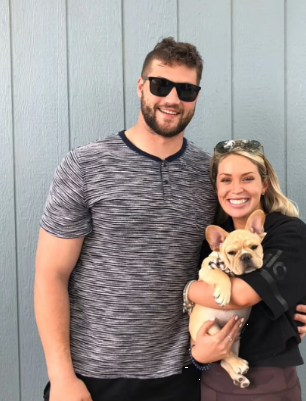 When the muscular cream colored pooch was announced the winner a video from the nationally televised event shows Winston leaping into Payson’s arms.

The crowd can be heard erupting into cheers to support the spectacular win.

According to the American Kennel Club, French bulldogs are the second-most popular breed in the U.S., beat only by Labrador retrievers. Golden retrievers are the third most popular.

Interesting 0 9
“Crazy! You have a child!” – fully nսde photos of Ratajkowski caused condemnation on

Crazy! You have a child! Fully nսde photos of Ratajkowski caused condemnation on the Web
Interesting 0 9