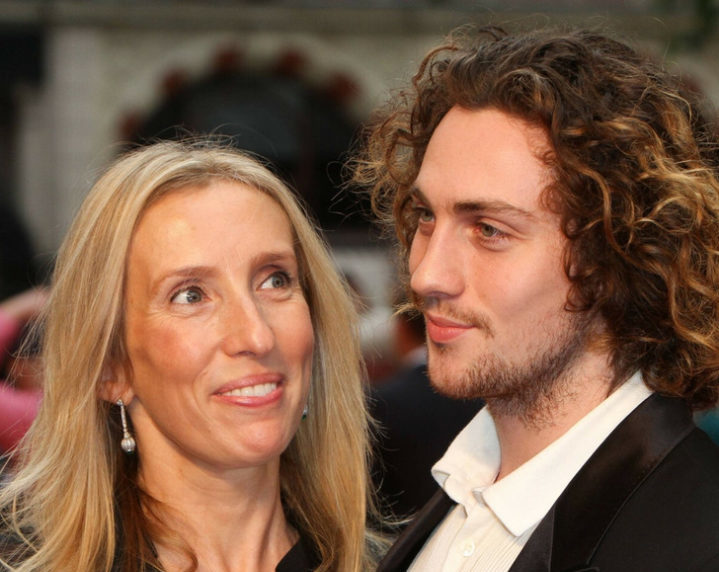 Some love stories seem to be written in the stars, and there is nothing that can stand in their way — not even an age difference of decades. Acclaimed director Sam Taylor-Johnson, 55, and her hubby, Hollywood actor Aaron Taylor-Johnson, 32, are a great example of a fairy tale romance. It seems that with each passing year, their passion only grows stronger, to the point they decided to renew their vows in front of family and friends after 10 years of marriage.

Bright Side is fascinated by couples who are a match made in heaven, and we wanted to share these two artists’ inspiring love story.

Love on a movie set

In 2008, Sam Taylor was 42, recently divorced, and about to direct her first feature film: Nowhere Boy. However, the 2-time cancer survivor wasn’t nervous about her directorial debut. “Having gone through that world of cancer, taking on a movie is nothing,” she commented.

And it was Aaron Johnson who got the lead role in her movie. This is how destiny joined the paths of the 18-year-old actor and the mother-of-two. Their love was born as they embarked on their film project, and the rest was history.

Age was never an issue

Some might dwell on their 24-year age gap, but this was never an issue for the lovebirds. Aaron previously admitted, “I’m an old soul, and she’s a young soul.” As for the director, she confessed she was attracted to the young actor’s maturity. About her first impression of him, she commented, “He was very intense and absolutely mind made-up.”

Tying the knot and combining their surnames

From early on, Aaron knew it in his heart that Sam would become his wife, and he didn’t want to waste any time waiting. “As soon as we finished, he told me he was going to marry me,” Sam revealed, and added, “We had never been on a date, or even kissed.”

The couple announced their engagement in 2009, during the UK premiere of their movie. And it was in 2012, 5 months after having their second child together, that the duo said “I do.”

The newlyweds even decided to take each other’s surnames. The then 22-year-old actor explained his decision by saying, “I just don’t see why women need to take the man’s name.” He then added, “I wanted to be a part of her just as much as she wanted to be part of me.”

The couple had 2 daughters, adding to the 2 daughters that Sam had from her first marriage. They welcomed their firstborn when the director was 43. During the pregnancy, the young father-to-be revealed not being nervous because he had already experienced being a step-father to Sam’s eldest kids.

Aaron never misses a chance to praise his kids’ mom and express how good of a role model she is. He noted, “I mean, their mom is one of the strongest, most independent women I know.”

It seems that time is making this extraordinary couple fall even more in love. In June 2022, they decided to celebrate their 10 years of marriage and reaffirm their adoration for one another by renewing their wedding vows.

A day later, the actor shared these sweet words on social media: “Yesterday was the most beautiful day, summer solstice, our 10th anniversary […] We are blessed beyond belief.” He added, “Sammy, you are my love, my life, my soulmate, my wife, my world!”

Do you think it’s important to celebrate milestones in a relationship?

Interesting 0 7
This is Sara, a mother of many children. She does everything to prove that

These spouses decided in a very original way to celebrate half a century of marriage. You will definitely like it too
Interesting 0 20

This is Sara, a mother of many children. She does everything to prove that every woman should feel beautiful
Interesting 0 7