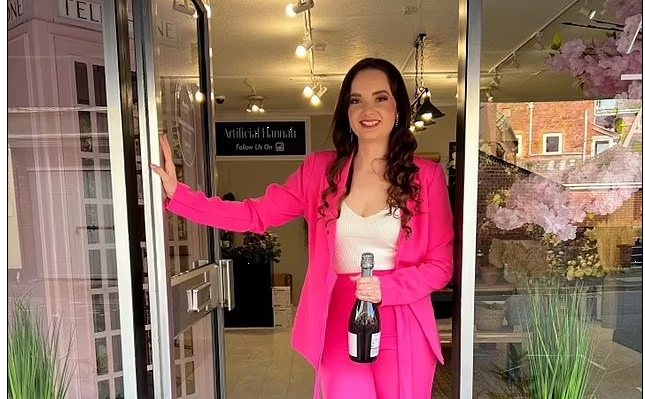 The neighbors were furious about this woman’s pink door. .women. “It does not fit into the overall design of the street”
Neighbours on a road were left divided after a woman spent £685 decorating her front door with a giant pink Nutcracker, wreath and festive arch for Christmas.

Hannah Cox, 30, from Minehead, Somerset, dresses her front door to match it with the current season.

During the Queen’s Platinum Jubile she adorned it in a Queen of Hearts Theme, over Halloween with pumpkins and this Christmas she has gone with the Nutcracker. 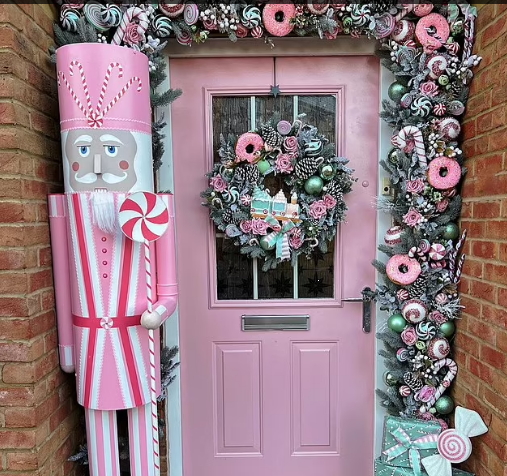 But some locals have been left fuming with Hannah’s choice, claiming the new theme was ‘totally over the top’.

They told the Sun: ‘Why can’t people just put up a simple wreath on their door – that would be more in keeping with the neighbourhood.’

The 30-year-old’s love of crafts saw her launch her own artificial flower business Artificial Hannah in June 2020 – after she created a false flower wall in her back garden.

Hannah branched out to start decorating her front door to mirror the change in season in June 2020, where her first display was pink and white. 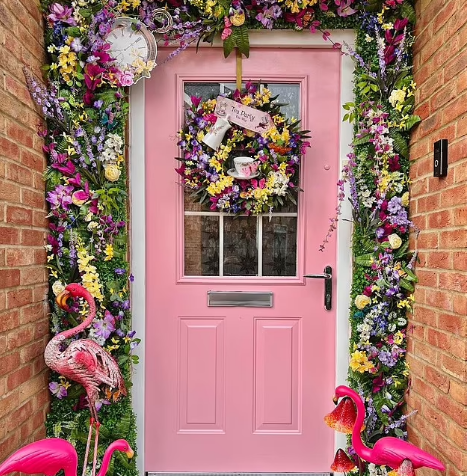 She spent £685 decorating her front door for Christmas this year – recycling some items she’d bought for previous projects.

The Nutcracker cost £250 and the wreath and festive arch cost £435 to put together and took five hours to complete.

Hannah said: ‘My door took all day. I have been planning it since February. I started it in the morning and finished it in the evening just before it went dark.

‘It is so hard to find all the bits I want for it – that’s why it has taken me all year to find what I want. I do this for every seasonal change. 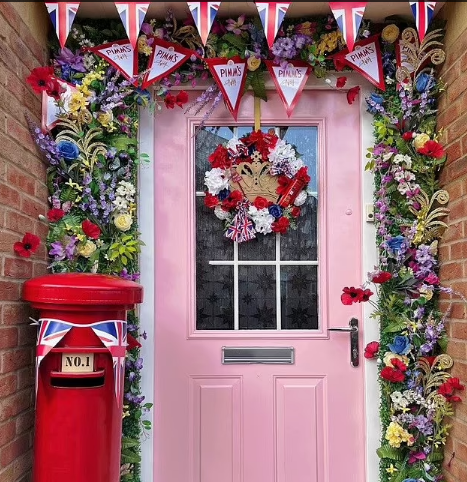 ‘At the beginning of the year I did the Queen of Hearts. In spring, I did the Mad Hatters tea party. I did a Jubilee party for the Queen and in autumn I did pumpkins.’

Hannah said her partner, Ryan Cape, a project manager, ‘accepted’ the door will change depending on the season.

She said: ‘He loves the pink door, he has accepted it. When I first did it, he was a bit shocked but now he knows I have to beat it and be better every year.

‘The house that we are joined to, he is very speechless when he comes out to look at it – we don’t think they are a fan.

‘The other side of the house loves it as they look forwards to what comes next – the postman loves it.

After discovering her love for wreath making, Hannah quit her job as a nail technician in January 2021.

In March 2021, Hannah got her first premises where she makes her products and, in April 2022, she reached another milestone when she opened her first shop in her town of Minehead, Somerset.

Interesting 0 47
This fat girl showed her legs in an extreme mini: fans are at a

This fat girl showed her legs in an extreme mini: fans are at a loss how this can be posted
Interesting 0 47