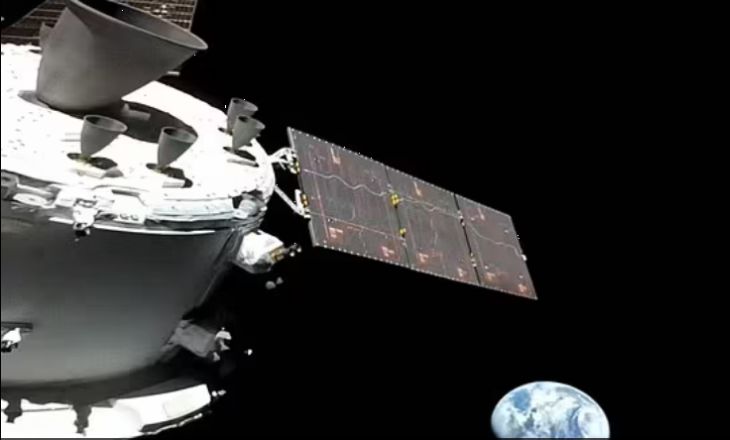 The Orion spacecraft approached the Moon at a record close distance: photo

NASA’s Orion spacecraft has snapped a magnificent selfie, prior to making its first close approach of the moon today.

The high-resolution photo, captured on Friday, shows the cone-shaped crew module horizontally as it makes its journey to our celestial neighbour.

Orion took the selfie using a camera mounted on its solar array wing during a routine external inspection of the spacecraft on the third day of the Artemis I mission. 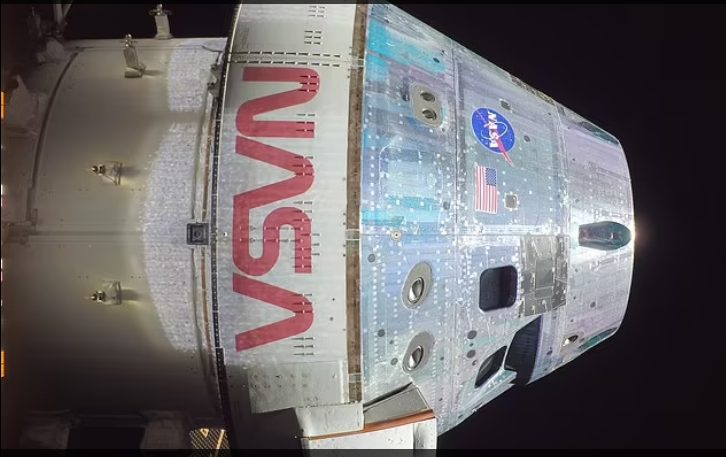 At this time, the unmanned spacecraft will pass about 80 miles (129km) above the lunar surface, according to NASA.

Engineers expect to lose communication with the spacecraft as is passes behind the Moon for approximately 34 minutes from 07:26 EST (12:26 GMT).

The public can track Orion during its mission around the Moon and back in real-time, using NASA’s interactive online tool.

NASA posted the selfie to Twitter with the caption: ‘Just days from reaching the Moon, the @NASA_Orion spacecraft captured this selfie while flying through space.

‘The #Artemis I mission is preparing us to bring astronauts to the Moon.’ 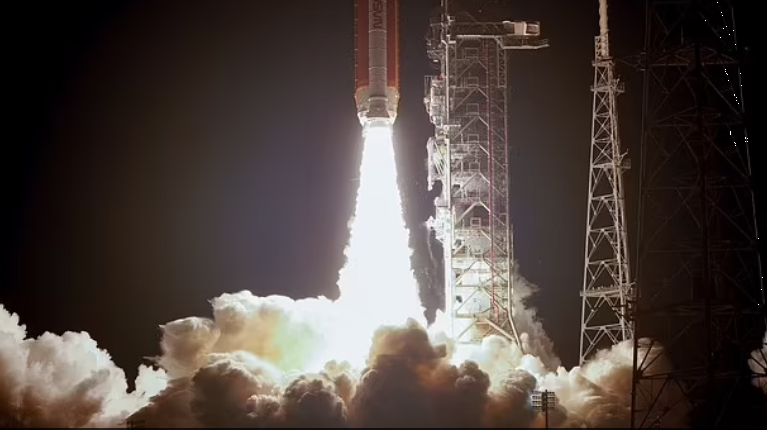 Artemis I is designed to show that the SLS and Orion capsule are ready to carry astronauts to the moon in subsequent Artemis II and Artemis III missions.

If the mission is successful, Artemis I will be followed by a human trip around the moon in 2024 (Artemis II) and could lead to the first woman and first person of colour landing on the moon the year after.

Mike Sarafin, head of the Artemis I mission, said on Friday that the Orion spacecraft is ‘exceeding performance expectations’.

Orion is already around 200,000 miles (320,000 km) from Earth and preparing to perform the first of four main engine thrusts scheduled during the mission.

This maneuver will bring the spacecraft as close as 80 miles (130km) from the lunar surface, in order to take advantage of the Moon’s gravitational force.

Since this will take place on the far side of the Moon, NASA is expected to lose contact with the spacecraft for approximately 35 minutes.

‘We will be passing over some of the Apollo landing sites,’ said flight director Jeff Radigan, although they will be in darkness.

Four days later, a second thrust from the engines will place Orion in a distant orbit around the Moon.

It will then begin the journey back to Earth, with a landing in the Pacific Ocean scheduled for December 11, after just 25 days of flight.

Sarafin also said that 10 scientific micro-satellites had been deployed when the rocket took off, but that half of them were experiencing technical or communication problems.

Those experiments, carried out separately by independent teams, will have no impact on the main mission, however.

Artemis I is not a manned mission, meaning there are no humans aboard the Orion capsule.

However, Orion does have three manikins on board – two resembling a female body (Helga and Zohar) and one a male body (Campos).

Campos – named after Arturo Campos, an electrical engineer for NASA in the 1970s – is occupying the commander’s seat during the Artemis I mission while wearing the new Orion Crew Survival System flight suit.

Campos is equipped with two radiation sensors and have additional sensors under its headrest and behind its seat to record acceleration and vibration data throughout the mission.

In the passenger seats meanwhile are Helga and Zohar, on board as part of an important study into the risks of space radiation for real women astronauts in the near future.

Helga and Zohar have ’tissue-equivalent materials of variable density’ that replicate the proportions of a woman’s body, including bone and soft tissue.

Sensors have been fitted in the most radiation-sensitive areas of their ‘bodies’ – chest, stomach, uterus and bone marrow. 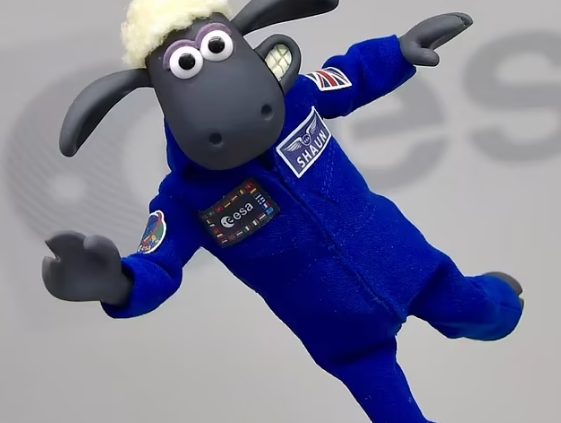 Helga is flying unprotected to the Moon, while Zohar wears a newly developed radiation protection vest, called the AstroRad, which is made of polyethylene to better block harmful protons in space.

By comparing the two sets of data, it will be possible to determine the extent to which the vest could protect an astronaut from harmful radiation exposure.

They are not the first space manikins; a phantom called Matroshka, developed by the DLR Institute of Aerospace Medicine in Cologne, was deployed on the ISS between 2004 and 2011.

The British stop-motion character, a star of the Wallace and Gromit series, is meant to represent the UK and the European Space Agency (ESA) on the flight.

Shaun has his own spin-off TV series and appeared in his own children’s sci-fi film ‘A Shaun the Sheep Movie: Farmageddon’ in 2019.

Artemis was the twin sister of Apollo and goddess of the moon in Greek mythology.

NASA has chosen her to personify its path back to the moon, which will see astronauts return to the lunar surface by 2025 – including the first woman and the next man.

Artemis 1, formerly Exploration Mission-1, is the first in a series of increasingly complex missions that will enable human exploration to the moon and Mars.

Artemis 1 will be an uncrewed flight that will provide a foundation for human deep space exploration, and demonstrate our commitment and capability to extend human existence to the moon and beyond.

During this flight, the spacecraft will launch on the most powerful rocket in the world and fly farther than any spacecraft built for humans has ever flown.

It will travel 280,000 miles (450,600 km) from Earth, thousands of miles beyond the moon over the course of about a three-week mission.
Orion will stay in space longer than any ship for astronauts has done without docking to a space station and return home faster and hotter than ever before.

With this first exploration mission, NASA is leading the next steps of human exploration into deep space where astronauts will build and begin testing the systems near the moon needed for lunar surface missions and exploration to other destinations farther from Earth, including Mars.

The will take crew on a different trajectory and test Orion’s critical systems with humans aboard.

Together, Orion, SLS and the ground systems at Kennedy will be able to meet the most challenging crew and cargo mission needs in deep space.

Eventually NASA seeks to establish a sustainable human presence on the moon by 2028 as a result of the Artemis mission.

This woman can’t buy her kids Christmas presents from Santa: “We’ll have to tell them the truth that there’s no Santa”
Interesting 0 76