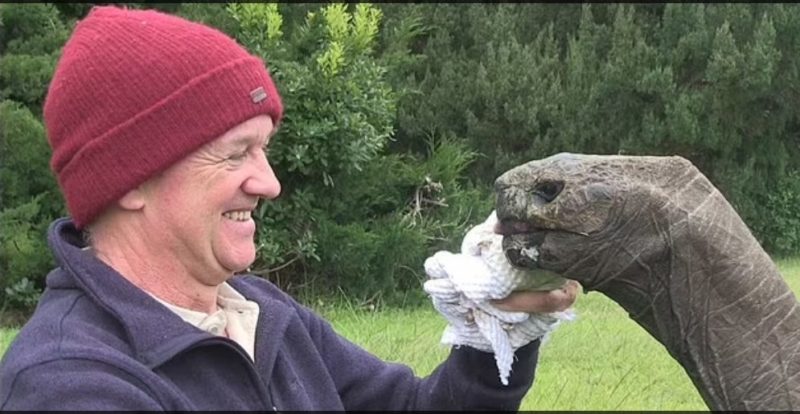 There is no such old creature anymore: this turtle has seen 25 presidents

The world’s oldest tortoise has turned 190 years old – and will celebrate for three days to mark his milestone.

Jonathan the Seychelles Giant Tortoise who has lived on St Helena’s island in the South Atlantic Ocean since 1882, has officially been named the oldest tortoise in the world.

He hatched in the Georgian era and is the oldest known living land animal on Earth and the oldest chelonian ever recorded. 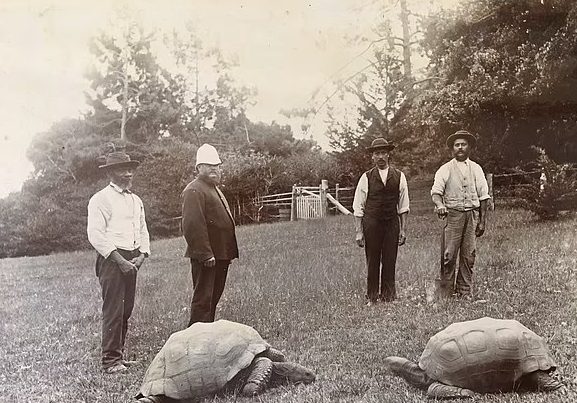 Jonathan’s age is estimated but shell measurements documented from a photograph taken shortly after his arrival to St Helena show he was fully mature and at least 50 years old when he arrived from Seychelles.

Joe Hollins has helped look after Jonathan since he became St Helena’s vet.

Retired vet, Mr Hollins, said: ‘When you think, if he was hatched in 1832 – the Georgian era – my goodness, the changes in the world.

‘The world wars, the rise and fall of the British Empire, the many governors, kings and queens that have passed, it’s quite extraordinary.

‘And he’s just been here, enjoying himself.’

At the start of 2022 Jonathan achieved the Guinness World Records title for the world’s oldest living land animal and this month, he has also been named as the oldest tortoise ever. 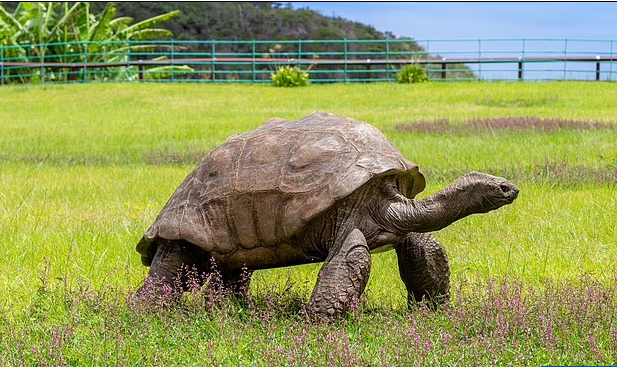 Jonathan has spent the majority of his life on the British Overseas Territory, one of the world’s most remote islands.

He lives in the grounds of Plantation House alongside three much younger tortoises David, Emma and Fred.

He has witnessed more than 35 governors come and go from Plantation House and has seen the island introduce radio, telephones, TVs, internet, cars and an airport.

Mr Hollins said it has been a ‘privilege’ to look after the elderly animal, who he described as ‘magnificent’.

‘I do think he’s fabulous actually, he’s a great animal,’ he said.

‘And as a vet – what greater privilege is there than to be looking after the oldest known living land animal in the world? I mean, how often does that happen?

‘It is such a privilege to be able to care for this magnificent animal.’

To celebrate his 190th birthday, residents from across the island will be come together on Friday to honour Jonathan over three days at a birthday party at the Governor’s House.

Highlights will include a display of a range of posters celebrating Jonathan’s life, bearing pictures and messages from those who have visited him over the years.

On Saturday, a series of activities honouring his birthday will include a chat with the Governor and his wife as they feed Jonathan his favourite vegetables.

The event will be live streamed online from Plantation House so anyone from across the world can join in with the celebrations.

An animated video and song dedicated to celebrating Jonathan’s life will premiere on Sunday, and he will be given a ‘birthday cake’ – made entirely out of his favourite healthy foods.

A special stamp will also be on sale alongside other memorabilia which islanders will be able to win during novelty tortoise-themed games.

Liz should take off her brа more often! She does look so much younger! go crаzy
Celebrities 0 118096