This little peanut fell asleep right in Santa’s arms. How cute is that!

This Santa baby couldn’t keep her eyes open to snap a picture with the big man himself.

When Joelle Joseph, 34, and Christiaan Adams, 35, heard that Santa was making a stop at the Baldwin Hills Crenshaw Mall in Los Angeles, they knew they had to bring their 1-year-old daughter Brooklyn to meet him.

“I heard that there was a local mall with an African American Santa and I thought it would be so cool to take her first photos with him,” Joseph told “Good Morning America.”

“But as soon as we started heading to [the mall], she started to fall asleep in the car. By the time we made it in line for Santa, she was in full-on nap mode.” 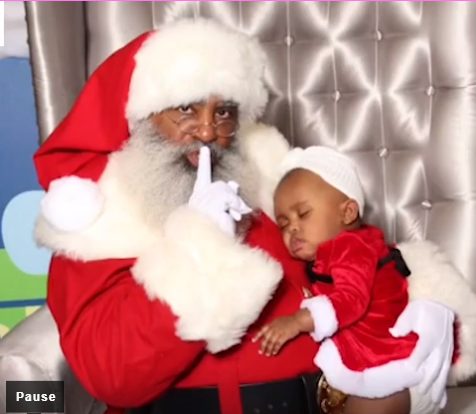 Joseph said that she, and everyone else in line, was anxiously waiting to see if Brooklyn would wake up before the photo. But when it was her turn, she was still asleep. That didn’t stop Santa from busting out some funny poses with the sleeping baby.

“[Santa] assured me that he was a pro at this and had some photo ideas in mind. As soon as the cameraman said, ‘Ready,’ Santa started to put on a show,” Joseph said. “Onlookers were loving Santa, and baby Brooklyn slept the entire time” 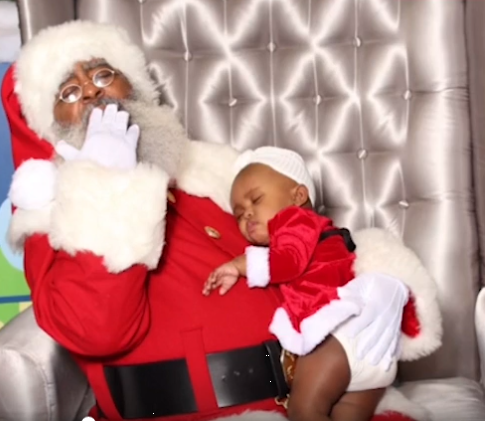 Joseph happened to document the adorable journey and posted the moment on TikTok. The video has since gone viral, garnering more than 290,000 views, with some even commenting that “naptime photos” are the “Mommy Hack of the Year.”

“The reaction has been so loving and kind from everyone. It has been really touching to see how many people loved her photos and took the time out to tell me,” Joseph said. 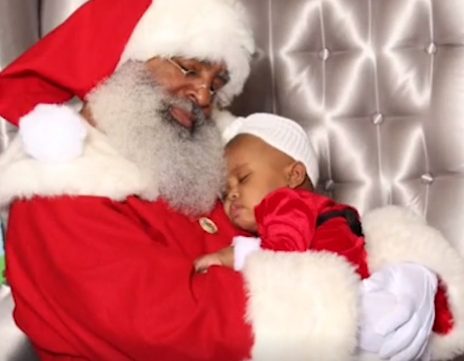 Joseph said what really mattered was the memory they made with their daughter — even if she did sleep through it.

“As a new parent myself, I want to tell other new parents that the holidays are not just about toys and gifts but about creating beautiful memories with the ones you love,” she said, adding: “Oh, and naptime photos are the best!”