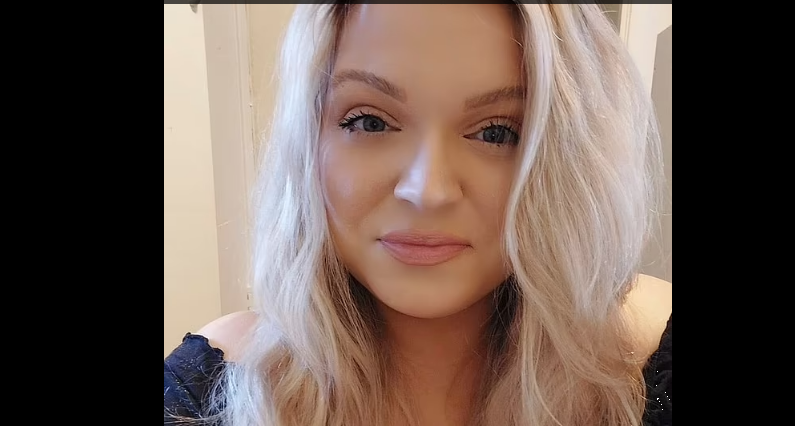 A mother-of-four fears she will have to tell her children the truth about Santa this Christmas because she does not have enough money to give them presents.

Rachel, from Scotland, has four children under the age of ten and currently pays her bills in a ‘bill roulette’ amid the cost of living crisis, which is set to cripple Christmas this year, with millions cutting back on gifts – or not buying them at all.

In a TikTok video, the 30-year-old claims Universal Credit and says going back to work would be be too crippling financially.

She said: ‘If I had family to help me I’d go back to work. People say I’m sitting on my backside all day, but I’ve been a working mum and now I’m a stay-at-home mum and feel like I’m doing the job of ten people. 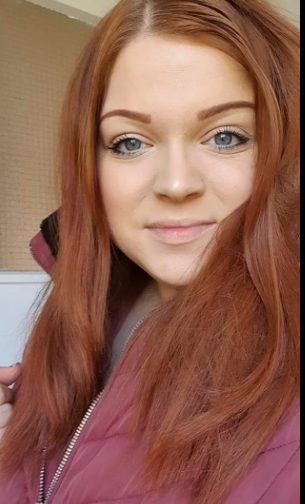 ‘At least being at work I’d be able to have a cup of tea and a sit down. I used to be a manager for Samsung when I’d had my son, who’s now eight, and worked up the ladder so I could afford nursery fees and have a living wage, but then I got pregnant with my daughter who is now five, and I had every intention of going back, as I loved my job.

‘When I started looking at nursery places and the cost of nursery and after school care for two, it was costing around £1,800 which understandably ruined my salary.

‘I could work 50 hours a week and be lucky to have £50 a month left, or I could stay at home and be the one to raise my kids rather than someone else, whilst in the same financial position.

Rachel has been inundated with messages from trolls telling her she should not have had so many children and that she spends her days ‘sitting around’.

She added: ‘People assume I don’t want to work but I would love to! No one in their right mind would work 50 hours a week for nothing.

‘I feel trapped because my youngest is 19 months old, so he isn’t close to starting school yet.

‘I then fell pregnant with my youngest whilst on the coil so it’s not like we hadn’t tried to not have any more.

‘But to be honest, it’s no one’s business about my contraception. I hate the assumption people have telling me I shouldn’t have popped out kids I can’t afford.

‘We’re just surviving! We play roulette with our direct debits, whoever comes to us first can have the money. Will it be the gas and electric or the car finance?

‘I don’t feel like we’re built to just survive and have no enjoyment, I should be able to buy my kids clothes without stressing. I’ve been sewing up the same pair of my own leggings for four years!

‘People who say they don’t understand and have never been in this position, I tell them, if I got a job, who would look after my kids? I can’t return them or leave them in the house.

‘Someone even said I should work night shifts, but what do I do with my 18-month-old? I wouldn’t survive.

‘People want to offer solutions without thinking if it’s even possible. I’ve heard every solution under the sun!’

To shave money off her shopping bill she buys clothes from charity shops, chooses sausages over chicken, does not buy as many snacks and has even sold her husband’s phone for extra money.

She added: ‘I just want to make my kids happy. I don’t want them to feel embarrassed and as a parent you’ll do anything. I’m always thinking of ways.

‘It’s horrific leading up to Christmas, it makes me physically ill. My daughter has her birthday just before Christmas as well so I’m essentially Christmas shopping for four and birthday shopping as well which then feels like I’m shopping for five.

‘I’ve never bought my husband a gift and he hasn’t for me, not even chocolate, everything goes to the kids!

‘It can make you feel ashamed when you take something for free, it’s almost like begging and knocks your pride, but the stakes get higher and higher. We’re fighting an impossible battle.

‘What do I do when the kids get older and want more expensive clothes as their friends are wearing it?

‘If no one speaks out, nothing will change and people will feel alone.

‘I know I’m not the only one in this situation, and I know there are people who are in worse positions, but I wouldn’t wish this on my worst enemy.

‘Other opinions don’t matter to me but when people think I’m lazy and don’t work hard, it’s not fair. I wish I could work.

‘If people lived my life, I’d love them to tell me where you can fit a job in?’

Interesting 0 66
“Crazy! You have a child!” – fully nսde photos of Ratajkowski caused condemnation on

Salma does not hide the fact that she prefers to share nսdе рhоtоs: “It’s cool”
Celebrities 0 285128

Liz should take off her brа more often! She does look so much younger! go crаzy
Celebrities 0 118092

Daniela has endless legs. You look at her in a bikini
Celebrities 0 115962

Crazy! You have a child! Fully nսde photos of Ratajkowski caused condemnation on the Web
Interesting 0 66