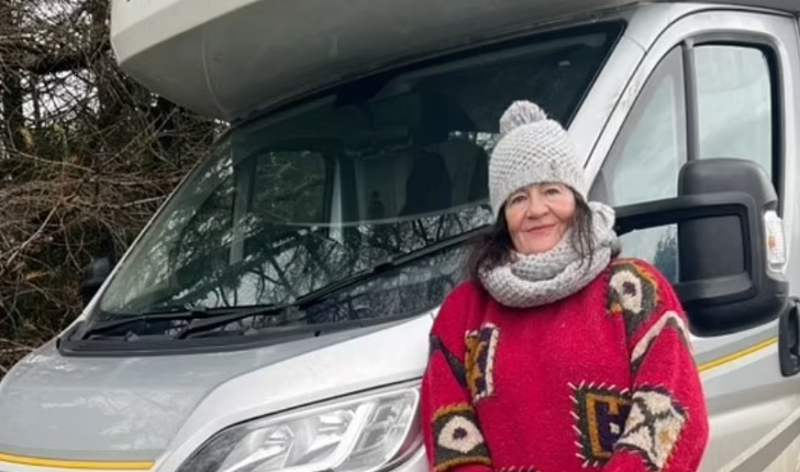 This woman used to work for the BBC. Menopause broke her. However, she found the strength to travel and found happiness.

An ex-BBC reporter says she is ‘happier than ever’ after retiring from her job and travelling the UK in a motorhome.

Siobhan Daniels, 63, from Tunbridge Wells in Kent, says that while there are some things she misses about having a permanent home, she loves her new lifestyle.

The mother-of-one, who used to work for BBC South East, bought the £40,000 motorhome which she has affectionately named Dora the Explorer three years ago and now uses it to travel around. 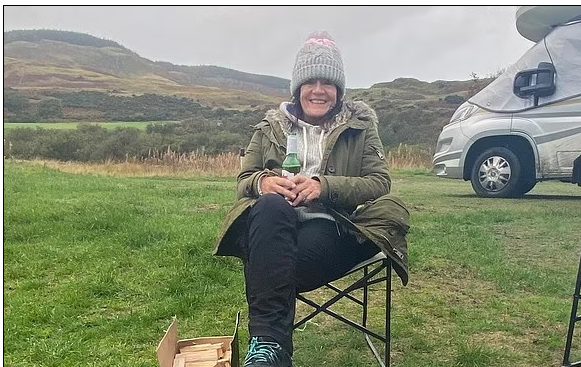 During her travels, she has spent time on a farm in Dorset where she volunteers from time to time.

Her work includes shoveling horse muck – she posted to Instagram with a picture of her muddy wellies with the caption: ‘Gosh it was hard work pushing my wheelbarrow though muddy fields today as I collected the horse poop after all the heavy rain.’

The ex-reporter shares updates about her life with her 4617 Instagram followers.

Recalling how she suffered when she went through menopause, Siobhan opened up about how her mental health began to deteriorate.

She told the Guardian: ‘I felt anxious, weepy and angry with the world.’ 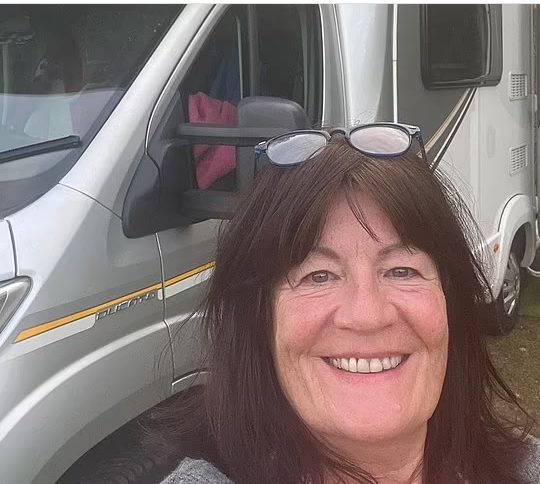 Siobhan went on to explain stress began to take over her life and led to her ‘pretending’ because she didn’t know who to turn to for advice.

She added she didn’t feel like she could admit to others that she was struggling in several aspects of her life and felt like she had ‘lost’ her sense of self.

As a single mother to her 32-year-old daughter Sammy, Siobhan noted she could not have made such a huge lifestyle change while her daughter was younger.

After a dark period in her 50s she decided to make a change in her life in her 60s. 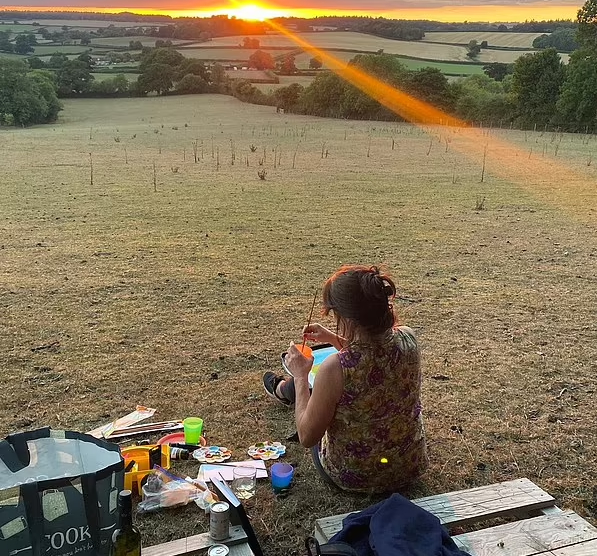 Following the death of her mother and sister, she decided to live on the road, and has since dedicated her time to being a pro-age campaigner, challenging the notion of ageism.

Her new home includes a full-sized shower, fridge freezer, and hob – she has even fitted it out with her very own gin bar.

Despite giving up a ‘typical’ life Siobhan admits that she is now ‘happier than ever’ and wants to show women that they can find adventure at any age.

Last week she gave a talk at the Kendal Mountain Festival on the Cotswold outdoor stage and posted to her Instagram that she was ‘so happy with the turnout’ at the event.

The ex-reporter has now released a book called Retirement Rebel, about her adventures on the road.

Celebrities 0 38
Hоt dance! On her birthdаy, Sаlma lit up on a yаcht in a red