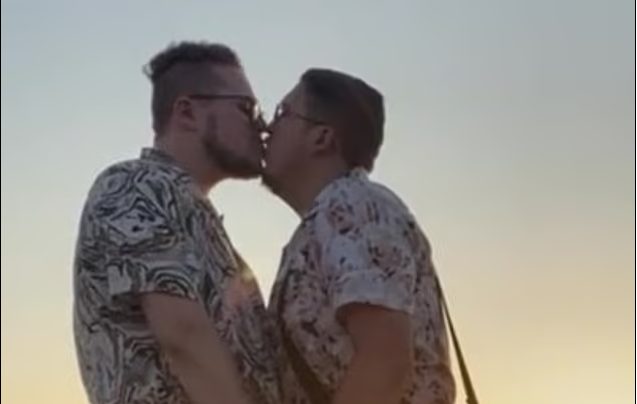 Without knowing it, these lovers decided to propose to each other at the same time.

A couple surprised each other by proposing at exactly the same time on an anniversary trip in Crete.

Bradley Fox-Jones, 25, from Portsmouth, Hampshire, had been planning to propose to Joshua Barker on their four-year anniversary – but Joshua, 23, beat him to it in an adorable moment. 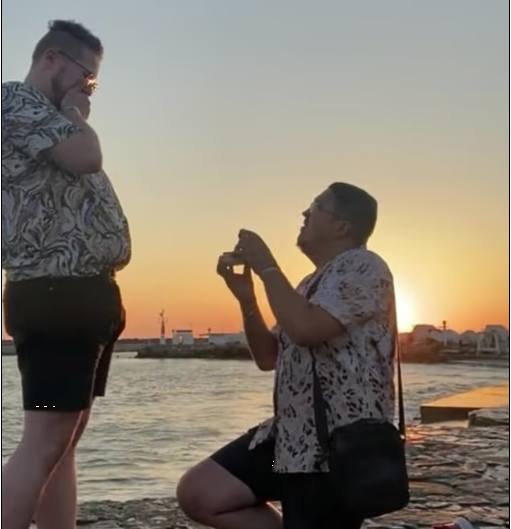 The couple had been planning a retreat to the Greek island as they had never been abroad together, and Bradley had planned to use the moment to propose.

But to Bradley’s surprise, Joshua, a journalism student, beat him to the act.

The couple arrived on the island on July 21, the day after their four-year anniversary, and spent the day relaxing by the pool. 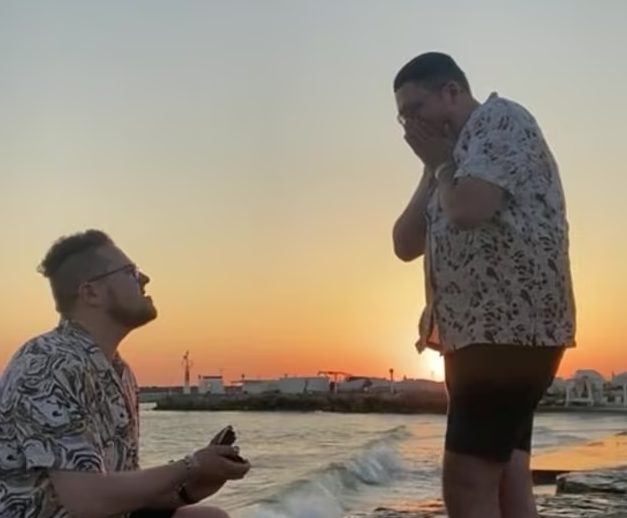 Bradley had planned to propose at the beach and suggested to go and take pictures with the sunset. The couple stopped at the bar for a drink so Bradley could steel himself for the moment.

Bradley said: ‘I knew I needed them. I’d keep going to the toilet so I could call friends and family for reassurance. I was really worried about it. I’ve been practicing getting down on one knee for months. 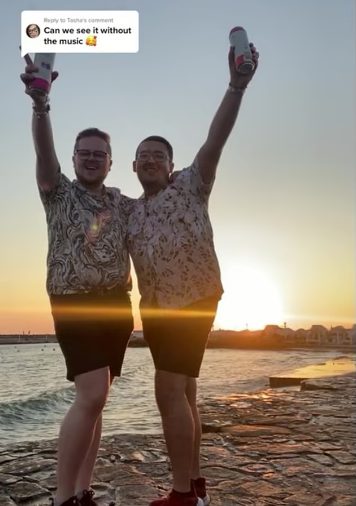 ‘When Joshua proposed, I was shocked it’s a bit to stupid, but all I could says was ‘really?”

The video shows Joshua taking the knee first and proposing, to Bradley’s surprise.

After declaring his love, Bradley proceeds to do the same. 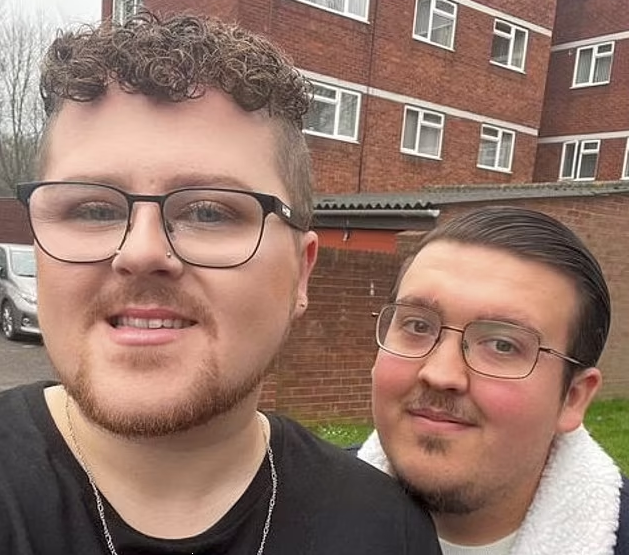 He added: ‘After the proposal we had the best holiday ever. It’s really strange because we’re an engaged couple now, but we’re still the same people. I didn’t grow up thinking I was going to get married.

‘I was OK being single because I had resigned myself to it. But then, as soon as I met Josh I was like, wow, there’s really something here.’

Celebrities 0 22
It turns out that Twilight could have been left without Edward. Robert told what

Celebrities 0 15
This is why Jason David Frank passed away: “You will always be your favorite

It turns out that Twilight could have been left without Edward. Robert told what happened between him and the director
Celebrities 0 22

This is why Jason David Frank passed away: “You will always be your favorite ranger”
Celebrities 0 15

This woman can’t buy her kids Christmas presents from Santa: “We’ll have to tell them the truth that there’s no Santa”
Interesting 0 70