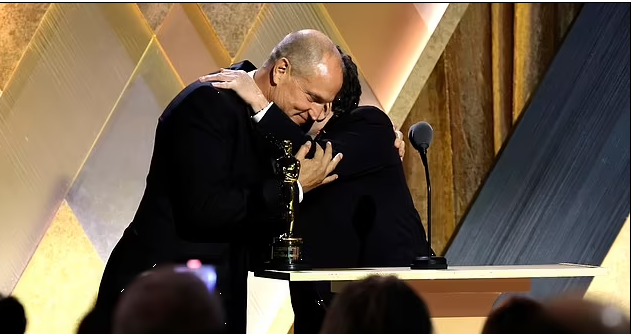 Woody presents his longtime friend Michael J. Fox with an Academy Award for his work related to Parkinson’s after he was diagnosed 30 years ago.

Woody Harrelson held Michael J Fox in a tight embrace as he presented him with an honorary Academy Award for his Parkinson’s disease work.

The Back To The Future actor, 61, was awarded the honour during the 13th Annual Governors Awards at the Fairmont Century Plaza in Los Angeles on Saturday. 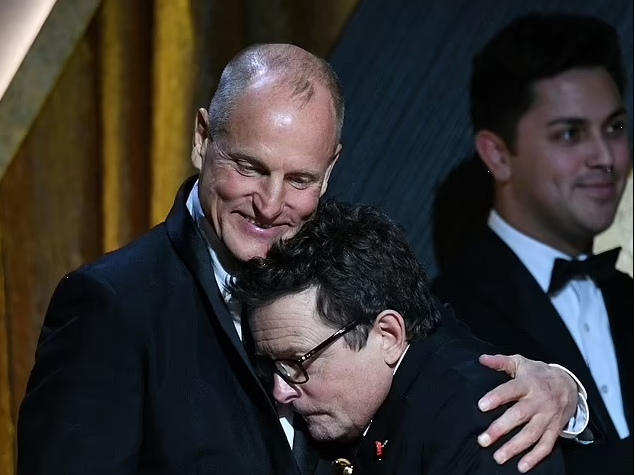 Michael was diagnosed with the progressive disorder that affects the nervous system before his 30th birthday and has since raised more than $1billion in research funding via the Michael J. Fox Foundation for Parkinson’s Research.

Over the weekend he was presented with the Jean Hersholt Humanitarian Award, which credits stars ‘whose humanitarian efforts have brought credit to the industry’, by his good friend and Doc Hollywood co-star Woody.

Before Michael arrived on stage, Woody credited his break onto the big screen to Michael, who recommended him for the part of Hank Gordon in the film.

Accepting his award, Michael said: ‘Once I became engaged in learning about the disease, every interaction, every new piece of information I gathered, every researcher or NIH official I talked to, all confirmed, the science was ahead of the money.

‘The answers could be unlocked with the right investments. I was told I only had 10 years left to work. That was s*****. That’s what happened. The hardest part of my diagnosis was grappling with the certainty of the diagnosis and the uncertainty of the situation!’

Michael – who has been married to Tracy Pollan since 1989 and has children Sam, 33, Aquinnah, Schuyler, both 27, and 21-year-old Esme with her – later explained that he accepted the honour on the grounds that it served as ‘confirmation’ that he is doing the best he can and described the award as a ‘force multiplier.’ 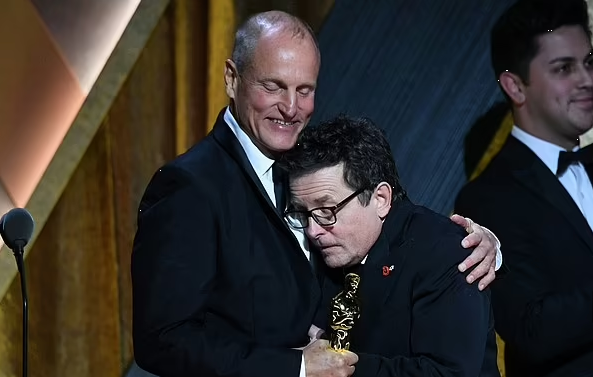 He told Access Hollywood: ‘It’s nice to have it confirmed that you’re human and you’re doing the best you can, and on those grounds, I’ll accept it.

The star was diagnosed with Parkinson’s Disease in 1991, at the age of 29-years-old. He didn’t go public with the news of his diagnosis until later in 1998. 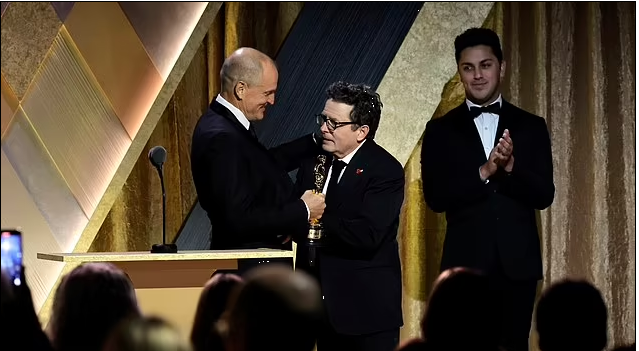 The disorder affects the central nervous system, with some common symptoms like tremors, impaired movement and speech changes, progressively worsening over time, according to Mayo Clinic.

Although Michael has never been nominated for an Oscar, and has additionally retired from acting in 2020 due to his condition, his humanitarian work has not gone unnoticed from those in the motion picture industry.

In 2000, the star launched the Michael J. Fox Foundation to help fund more research into treatments and potential cures for the disorder. Currently, the organization has raised around $1.5 billion. 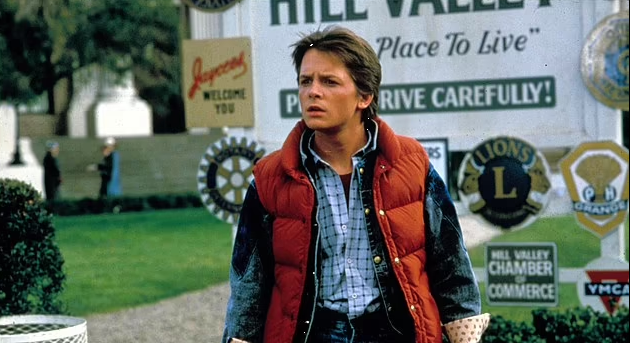 Speaking ahead of Michael’s arrival on stage, Woody said: ‘To his cause, Michael J Fox has brought understanding, empathy and resolve, and with it inspiration to millions who stand a little taller and speak a little stronger.

‘And hold on just a little tighter to something humanity needs a whole lot more of, hope.

‘I was at a party in Hollywood – I don’t recall the specifics – but it was in the mid eighties, naturally I was in the kitchen where all good parties end up.

‘I stepped out for some air and suddenly I came back and it seemed like everyone there evaporated. But everyone was in the living room watching a television show. 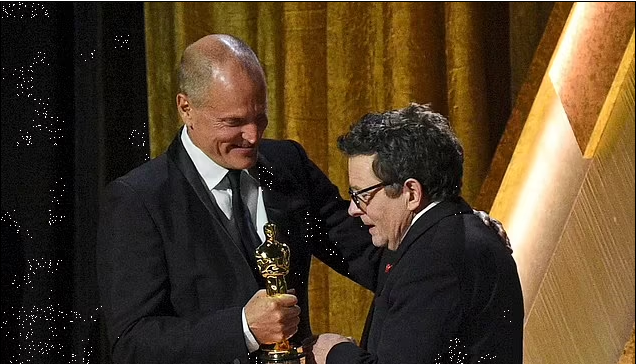 ‘So I stopped and watch, there was this high school kid and he was electric. What he could do with a look or a pause, I was watching a phenomenon in the making.

‘I think of myself as pretty funny, and very funny when I’m high. But this guy was a masterclass in comedy. That was my first introduction to Michael J Fox.

‘A year or two later he did Back To The Future, he was the biggest star in the world, and we were having a Cheers Christmas party and he came by and he was incredibly gracious – he loved the show and my character – he has this amazing ability to turn the tables and make others feel great. 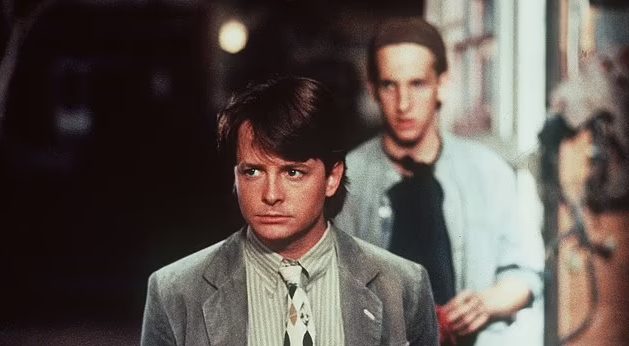 ‘I’ve seen him do this so many times over so many years, Mike is a genuinely great guy, what can I say – he’s Canadian. We had a nice chat and he got up on stage and did his solo from BTTF, everyone from the cast felt very lucky to witness this.

‘Apart from one lady who was not feeling Christmassy and promptly kicked him out, and that woman became my wife – sorry cheap joke!

Following the incident, Woody went round to apologise and Michael suggested they should hang out sometime.

The duo became good friends and Michael recommended Woody for a part in Doc Hollywood, which became his break from Cheers to the big screen.

He added at the end of his speech: ‘I owe it to you Mike.’